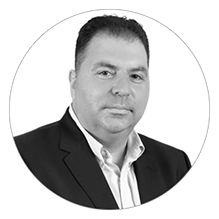 Slavko Ristich has been practicing law since 2001. He started his career in New York City where he worked tirelessly as a trial lawyer with countless jury trials under his belt. He remains licenced to practice law in the State Courts of New York and he is also admitted to the Federal Courts of the United States (United States Southern and Eastern District Courts of New York). He has written and argued appeals on subjects ranging from New York State’s threshold law to Wrongful Imprisonment and Constitutional Torts.

Slavko was born and raised in Scarborough and did his undergraduate degree at the University of Toronto. In 2009, after having lived in the United States for 12 years, he decided to move back to his home in Toronto where he wanted to raise his family. Within a matter of months of this return to Toronto, he was accredited to write the Ontario Bar exam and he was called to the bar in Ontario in 2010.

Slavko has dedicated his entire legal career to representing injured accident victims. His goal is the same with all of his clients; to get them the justice they deserve.

When not working to serve his clients, Slavko has two passions; volunteering in his community and spending time with his wife and two kids. Slavko volunteers at his local middle school and has also volunteered his time with the West Mall Hockey Club and the Mississauga Senators Hockey Club.

He is an avid Toronto Maple Leafs fan and spends many evenings around the rinks of Southern Ontario watching his son play AAA hockey or his daughter who is a competitive gymnast. 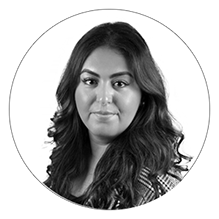 Christine Boulos was called to the Ontario Bar in 2011 after completing her law degree at the University of Windsor. Since then, Christine has exclusively advocated on the side of injured accident victims.

To achieve the best results for her injured clients, Christine gets to know each and every client on a personal basis by spending time with them, their family members and understanding their individual struggles following an accident.

Christine has appeared before the Ontario Superior Court of Justice, the Financial Service Commission of Ontario, the Canada Pension Review Tribunal and the Social Benefits Tribunal.

Christine is committed to helping people in her community as well. She often volunteers her time at the Young Street Mission and The Good Sheppard in Toronto. She is also very active in her local church community as a member and Youth Group leader; she recently travelled with her church to South Africa on a missionary trip. Upon her return, Christine began organizing annual fundraisers to send funds back to different African Countries. The most recent fundraiser raised over $20,000.00 for the Sebeta Convent in Ethiopia.

When she is not working or volunteering, Christine enjoys spending time with her friends and family; in particular, Christine loves to cheer on the Toronto Raptors with her husband and sister. 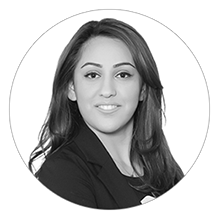 Nooria Kamran, has been working as a Law Clerk in the area of Personal Injury Law since 2006.   She began working with Slavko in 2009 and the two have been a team ever since.  She has a great passion in working on behalf of all of her injured clients.  Nooria really enjoys the challenges of helping clients navigate through the complexities of an Accident Benefits Claim in particular.

During her spare time, Nooria is a passionate advocate within the Afghan community.  She is the founder of Children Without Borders, a non-profit charity which was formed to aid those who suffer in the aftermath of decades of war in Afghanistan.  It is Nooria’s life ambition to ensure every child has access to a formal education in Afghanistan which she believes is the pathway to success, safety and prosperity.

When not working on behalf of her clients and within her community, Nooria is the dedicated mother of two amazing children, who are actively involved in their schools and local sports teams. 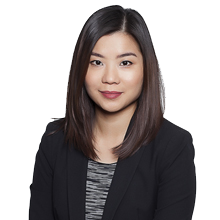 Mandy Mok is a licensed paralegal and focuses her area of practice on Serious Car Accident Cases, Slip and Fall Cases and Long Term Disability Claims.

She did her undergraduate studies at the University of Toronto and later obtained her paralegal license.  She started working in the area of personal injury law in 2011 and has developed a passion for helping injured accident victims.  With years of experience, Mandy understands that no two cases are alike and has developed a very personalized approach to each and every case.  Meticulous organization is the key to her success!

Tell Us What Happened!

Getting in touch is easy! Use the form below and request a FREE case evaluation and consultation today.