Bitten by a Dog? You Can Make a Claim Against the Owner 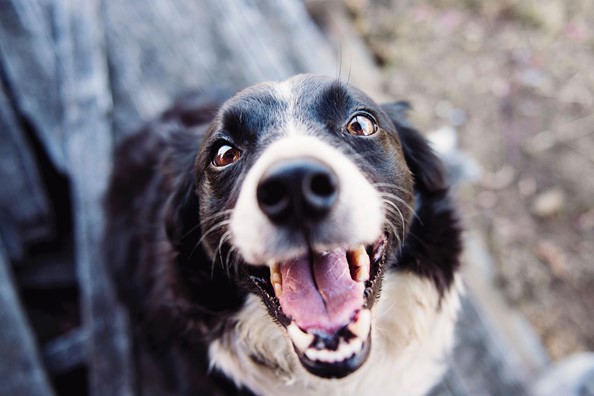 Bitten by a Dog? You Can Make a Claim Against the Owner

When dog attacks happen in Ontario, they are not only painful for the victim, but they can also lead to costly settlements for the owner. This is because dog bites are considered very serious incidents and animal attack laws in Canada favour the rights of the victim over the rights of the owner and their dog.

In Ontario, Dog Owner’s Liability Act R.S.O. 1990, c. D.16, makes the dog owner strictly liable for injuries to any person. What this means is that Courts will not look at fault or negligence. The victim’s rights and their health are considered the most important aspect in a dog attack. Learn more about dog biting and what you can do if you have been bitten by someone else’s dog here.

How Common are Dog Bites and Attacks in Canada?

According to the Humane Society of Canada, a dog bite occurs roughly once every 60 seconds in the country. Roughly 500,000 Canadians are victims of dog bites every year, and to make matters worse, three-fourths of all the victims are under the age of 10. Given that these are the most vulnerable members of society and the least likely to know what to do around dogs so that they are not bitten, it’s easy to see why victims’ rights are so valued in the case of dog bites in Canada.

Why Dog Bites are Dangerous

Besides the amount of damage a dog’s sharp teeth can do, there’s also the possibility of rabies and other health threats. For example, if a dog has not been kept up to date on vaccinations, you could be looking at a lengthy amount of medical treatment and lost wages from your work, not to mention emotional suffering and trauma.

Even if a dog is up to date on vaccinations, dog bites can introduce bacteria into your bloodstream. If left untreated, these wounds can become infected, which can make it difficult for you to go about your daily life tasks without requiring bed rest, medication, and often hospital treatment. If it is a child who has been bitten, the risks drastically increase, as children’s immune systems are not as developed and don’t always have the ability to fight off the problems caused by a dog bite.

Can You Sue Someone for a Dog Bite?

In most cases, yes. Ontario law does not require you to prove that the dog’s owner was negligent in order for you to receive financial compensation, although you can receive a lower payment if the dog owner can prove that you provoked the animal into attacking you.

If you are bitten by a dog and believe you have reason to sue, you will want to establish evidence, such as pictures of your wounds, your medical bills (if you have any), documented records of time missed at work and an account of what happened leading up to the bite. If you have a reliable witness, that is even better.

Animal attack laws in Canada are considered very serious, and in recent years, Ontario and other provinces have cracked down on certain breeds that have a tendency to show aggression. After pit bull attacks reached 168 in Toronto alone in 2004, an addition to the Dog Owners’ Liability Act (DOLA) was made, banning pit bulls from Ontario except under very rare circumstances. A decade later, the number of pit bull attacks had fallen to just 13 in a year.

The DOLA, at its core, establishes that owners are at fault for any injuries that their dogs cause, and the law gives a wide definition of who is considered an owner. Per the DOLA, not only is the dog owner liable, but if you happen to be babysitting a dog for a friend, you can be liable if the dog bites someone on your watch. If you are the parent of a minor child who owns the dog, the same rules apply.

In general, injury settlements from dog attacks in Ontario range between $10,000 and $30,000 dollars, but the award can be adjusted if emotional stress was also incurred as a result of the attack. History has shown that the courts are often sympathetic to victims who saw their earning potential lost because they were unable to go to work, or to those who suffered from an increased fear of dogs as a result of the attack. Just remember, not two dog bite cases are alike and the specific circumstances of your case might set it apart in terms of settlement value.

Because it is difficult to prove that you have suffered emotional trauma because of a dog attack, establishing witnesses and reliable testimony is one of the most important steps that you can take toward establishing your case in a lawsuit. If you are going to sue for emotional trauma, you need to establish what you were like before the attack and how you have changed since the attack.

Gathering evidence about other changes in your life can also help you establish that genuine harm was caused from the incident. Medical bills are not always going to be present thanks to Canada’s healthcare system, but lost wages usually will be part of the equation, especially if your spouse had to take time off from their job in order to attend to you. You might also want to put forward expenses for rehabilitation equipment or services that are not covered by OHIP. Keep in mind, OHIP will have a “subrogated interest” in your dog bite claim, which means they will want to be paid back for any OHIP covered treatment you received from your dog bite, when your case settles.

If you have been injured by a dog, it is a good idea to contact a reputable personal injury or dog bite lawyer in Toronto, Ontario as soon as possible.

Contacting Ristich Law can put you in contact with personal injury lawyers who understand the animal attack laws in Canada and have dealt with dog attacks in Ontario many times over their career. Together, we can help establish a strategy that protects the rights of you and your loved ones, ensuring that you receive just compensation in the event of a traumatic dog attack.

Tell Us What Happened!

Getting in touch is easy! Use the form below and request a FREE case evaluation and consultation today.